Coach Fore has been the Special Teams Coordinator for 13 years! He started at Fallbrook High School, on the JV level, and has been a Head Football Coach for 8 years in Southern California.  He was the STC every year as a Head Coach because he believes in them that much!

Fore consults programs nationwide on the Shield Punt, something that he has been using since 2002.  Fore has written a Shield Punt Manual for coaches, along with his Shield Punt E Clinic at ShieldPunt.com

He spent the 2017 season as the Special Teams Coordinator at Victor Valley College where he led their 5-5 team to finish ranked #3 in a very tough American Mountain League. 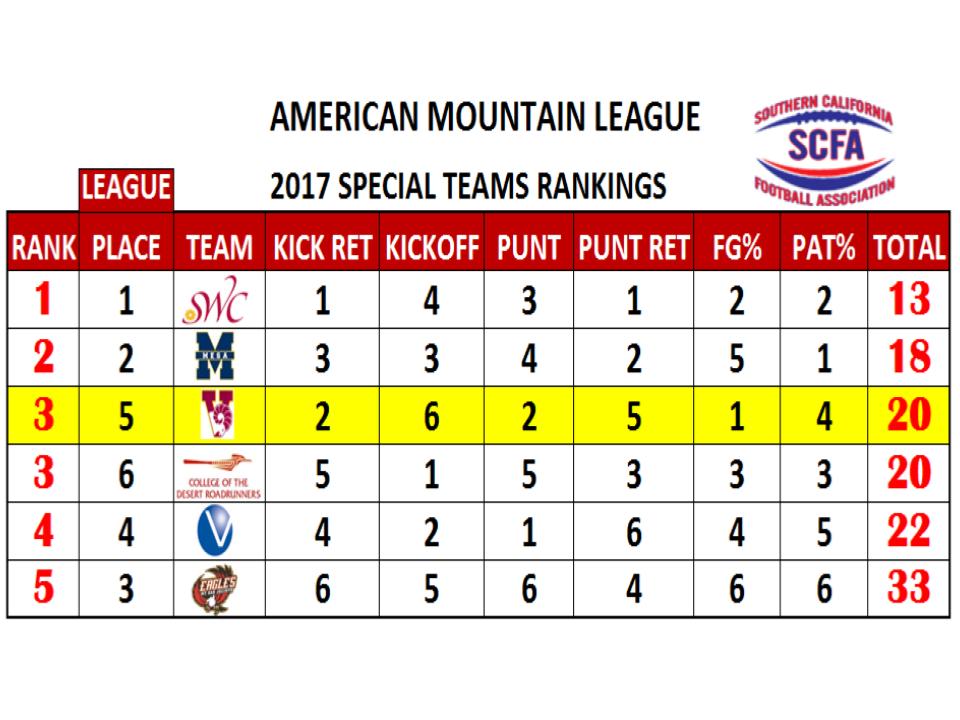